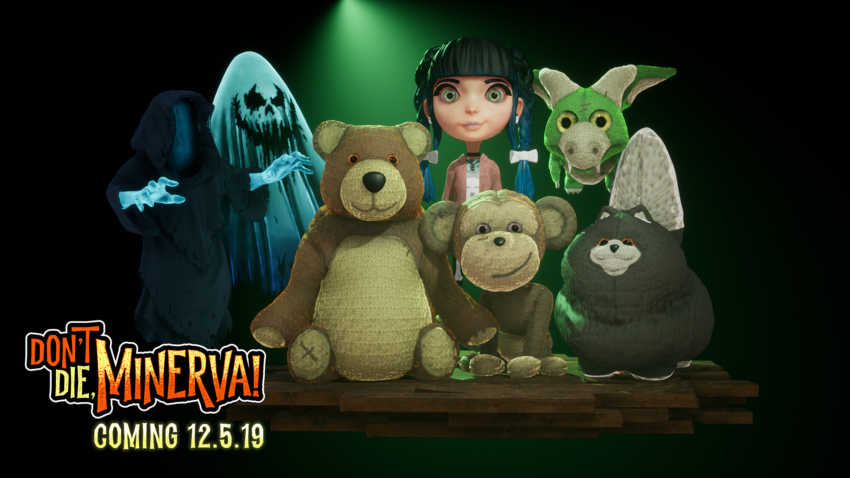 Dawsonville, GA – November 22nd 2019 – Don’t Die, Minerva! The upcoming procedurally generated rogue-lite game from Xaviant, developers of The Culling, has received a brand new release date! With today’s certification approval from Microsoft, the Xaviant team is excited to announce that Don’t Die, Minerva! will launch into both Steam Early Access and Xbox Game Preview on the same day, December 5, 2019. Don’t Die, Minerva! will be priced at $19.99 (varies by region) for both platforms.

“We’re absolutely thrilled to be bringing Minerva to Xbox One alongside Steam when we launch next month,” said Xaviant’s Director of Operations, Josh Van Veld. “Game Preview is such a great fit for Minerva, especially when you see the 4K enhancements we’ve developed for Xbox One X.”

With Don’t Die, MInerva!, the team plans on adding more content as they update the game through the Steam Early Access and Xbox Game Preview periods. Part of these ongoing updates will be driven by community feedback gathered by early adopters.

“While we’re more than proud of the game we’re shipping, it really is the tip of the iceberg. Our roadmap for ongoing development includes more of literally everything- weapons, loot, enemies, and levels, just to name a few,” Van Veld said. “Each step of the process will involve community feedback through dev blogs, surveys, and social media. Players will absolutely help us shape our plans as we go.”

In Don’t Die, Minerva!, players explore a haunted mansion packed with evil spirits as 11-year old Minerva. Luckily, her flashlight and stuffed animals have become infused with some of the magic surrounding the house, allowing her to battle ghosts, spooks, and other creepies.

“We’ve found a special blend of hack-and-slash action RPG meets twin-stick shooter, with a side of cooperative AI helpers,” Van Veld continued. “Together with procedurally generated loot, dungeons, and affixed enemies, rogue-lite fans are going to find a lot to love.”

With no two runs the same, death is always right around the corner.

Don’t Die, Minerva! is currently available to be wishlisted on Steam.