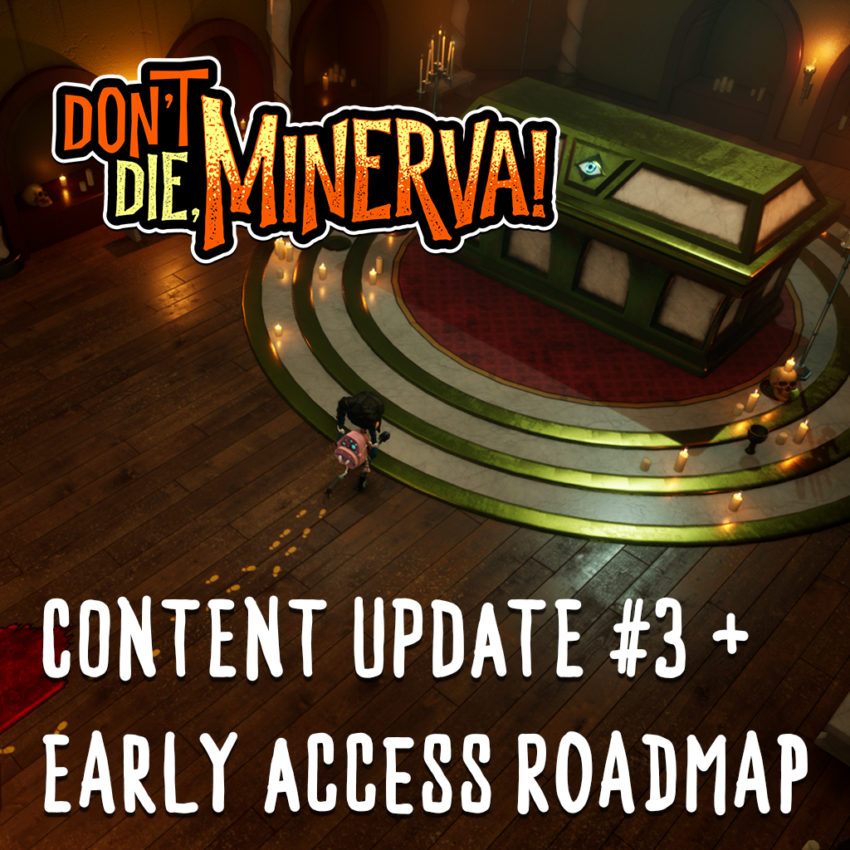 2020 is shaping up to be a very exciting year for Don’t Die, Minerva! To keep the celebratory atmosphere alive, we have not one, but two big announcements today.

First of all, we’re pleased to announce that our third content update is coming on Tuesday, February 4th for Steam and Xbox One.

The big items in this update include the following:

Along with those big changes we’ve also made lots of bug fixes and improvements, so stay tuned for the full patch notes when the update launches next week, which will include all the details.

This update won’t be quite as large as the first two, and that’s because we’ve begun the heavy lifting for some of the new features that we have on our roadmap.

Speaking of the roadmap, we’re finally ready to announce our plans for how we’ll be growing and improving Minerva for the rest of Early Access and Game Preview.So without further ado, here are our plans for the coming months. Nothing is set in stone, but we think we will have everything wrapped up before the end of the summer!

As you can see, our roadmap includes improvements and expansion of existing game features, as well as several new features. Here’s an overview of what we have planned:

We’ll be adding more variety of just about everything that makes Minerva fun.

That’s our plan! We’d love to hear your feedback so please get in touch with us on Twitter to share your thoughts.